Authorized for Hajj and Umrah

Umrah on Behalf Made Easy with Ammerny Mobile Application

If a person is too severely ill to undertake the pilgrimage but meets the financial criteria, he or she should nominate someone else to make the pilgrimage on his or her behalf. He covers all of his proxy's expenditures, and the umrah is ascribed to him. God also lavishly rewards the person who performs the responsibility on his behalf. However, The sole requirement is that the individual performing umrah on behalf (عمرة البدل) of someone else must have already completed his own required umrah.

The pilgrimage and the Umrah are tasks that must be performed a minimum once in a person's lifetime if they are physically capable of doing so. The requirement for the obligation is based on 'ability.' Scholars have clarified that the ability in question includes both financial and physical capabilities. A person must be financially capable of covering all of his or her expenses, including transportation, food, lodging, and other expenses during the voyage, as well as the expenses of his or her dependents at home while he is away. A person who cannot afford to cover these costs is not obligated to perform this task.

It is permissible to conduct Hajj or Umrah on behalf (عمرة البدل) of another person if that person is deceased, has a serious disease, illness, or is too old to travel alone

There is nothing unlawful with doing 'Umrah on behalf of a diseased person or a living person who is unable to perform 'Umrah because he is too elderly or is afflicted with a condition from which there is no cure. In the name of Allah, whoever performs this is doing a good deed and will be rewarded.

Delegating someone to perform 'umrah on behalf' (عمرة البدل) of the deceased?

Shaykh Ibn 'Uthaymeen (may Allah have mercy on him) was questioned about a person who nominated someone to perform Hajj on his mother's behalf, and he later discovered that this person had taken on a number of such assignments. What is the outcome of the case? Please inform us, and please accept our apologies.

He responded, "What a person should do is be firm in his dealings with people and should not delegate things to anyone unless it is someone whose religious commitment he is at ease within the sense that he is trustworthy and knowledgeable of what needs to be done for the task for which he has been appointed." If you want to appoint someone to perform Hajj on behalf of your deceased father or mother, you must choose someone whose religious commitment and knowledge you trust, because many people are unaware of the Hajj rulings and do not perform Hajj properly, even if they are trustworthy in and of themselves. They believe that this is what is required of them and make numerous mistakes. Because of their lack of knowledge, such people should not be appointed to perform Hajj on behalf of others. And while some people may possess information, they are untrustworthy. As a result, you observe them being unconcerned about what they do or say during Hajj ceremonies because they are untrustworthy and lack religious dedication. These individuals should not be appointed to perform Hajj on behalf of others. 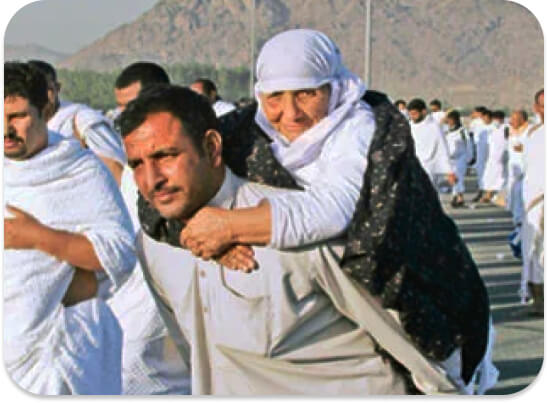 How Can you delegate someone to do Umrah on behalf? 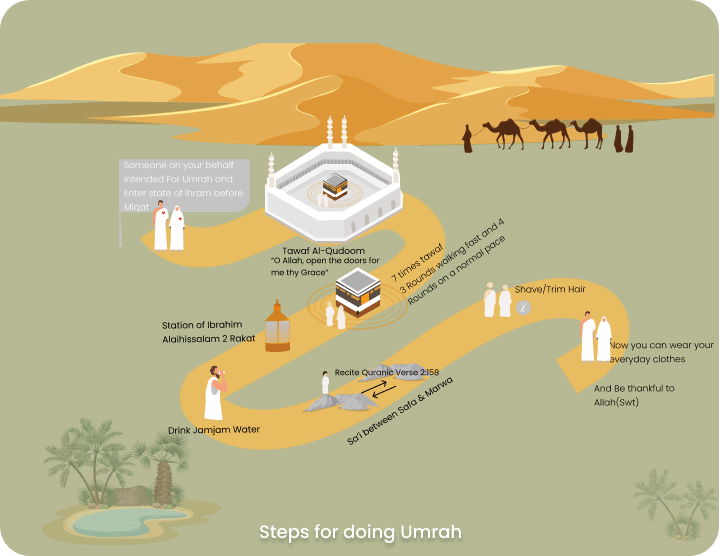 Learn How to use our app